I spent a night camping in a yurt on Pigeon Lake! I got a couple of opportunities to wander up and down the coast and I found a few exciting bits of nature. 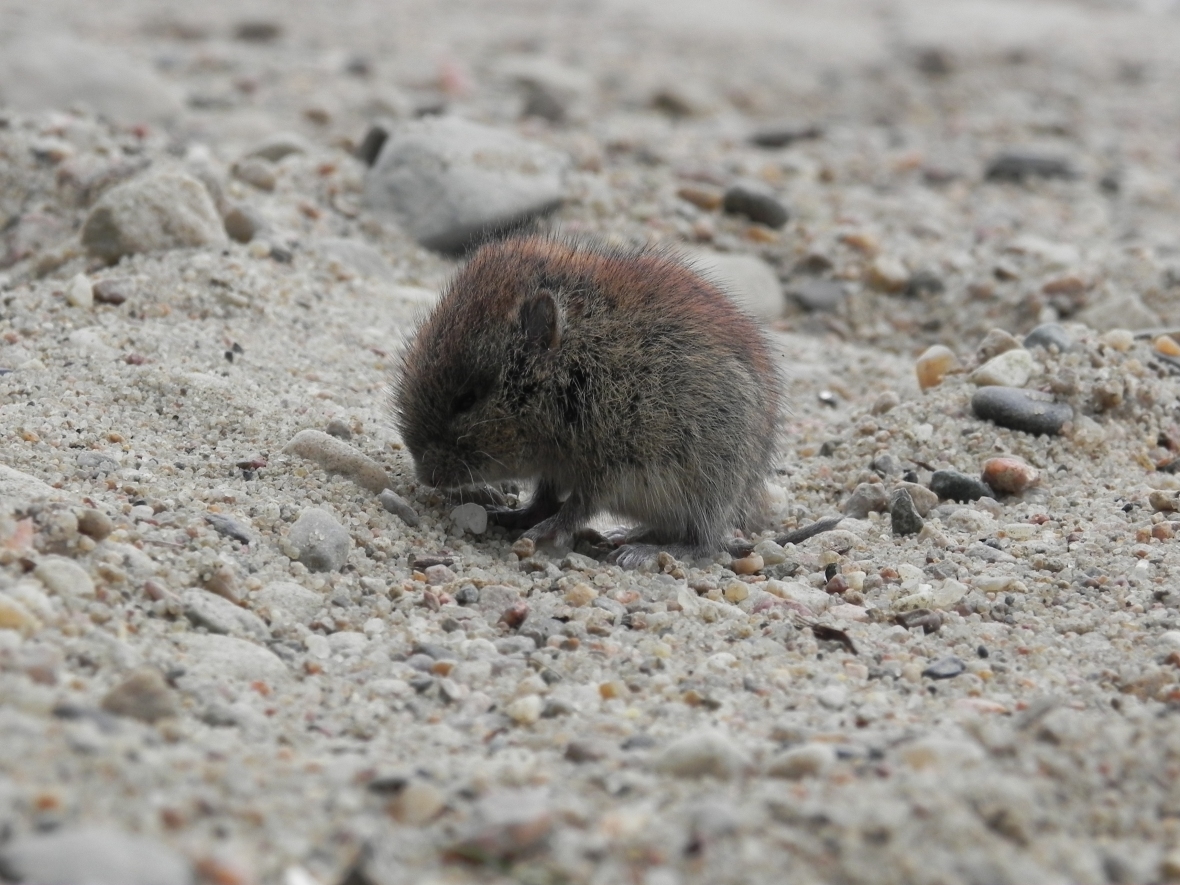 The first creature we saw was this tiny, tiny, tiny baby mouse. It was tiny and moving shakily and stumbly up the beach towards the forest. It clearly didn’t look well.

As I’ve spent a lot of time out and about I’ve run into this a lot and I’ve been sometimes finding it difficult to take pictures of animals that are dying or clearly in pain. When I was at the Oregon coast I had no problem photographing dead crabs and the hundreds of sand flea corpses. When I came upon dead seagulls though, something made me feel uncomfortable about the idea of taking their picture. I can’t help but feel hypocritical though, looking at all those lengthy videos about bugs eating bugs. I realize fully it’s just a part of life but it’s still difficult. Maybe the difference between the mouse and the wasp being eaten by the orb weaver is that I could have done something to end the suffering of that mouse.

I think the one thing that I am consistent with is non-interference. I don’t mean moving logs and digging around looking for critters but intervening and ‘saving’ a frog that is being eaten by a fox for example is – I think – important.

I saw this mouse the next morning, dead, on the beach.

There were lots of beautiful flowers and lots of bees hopping between them. 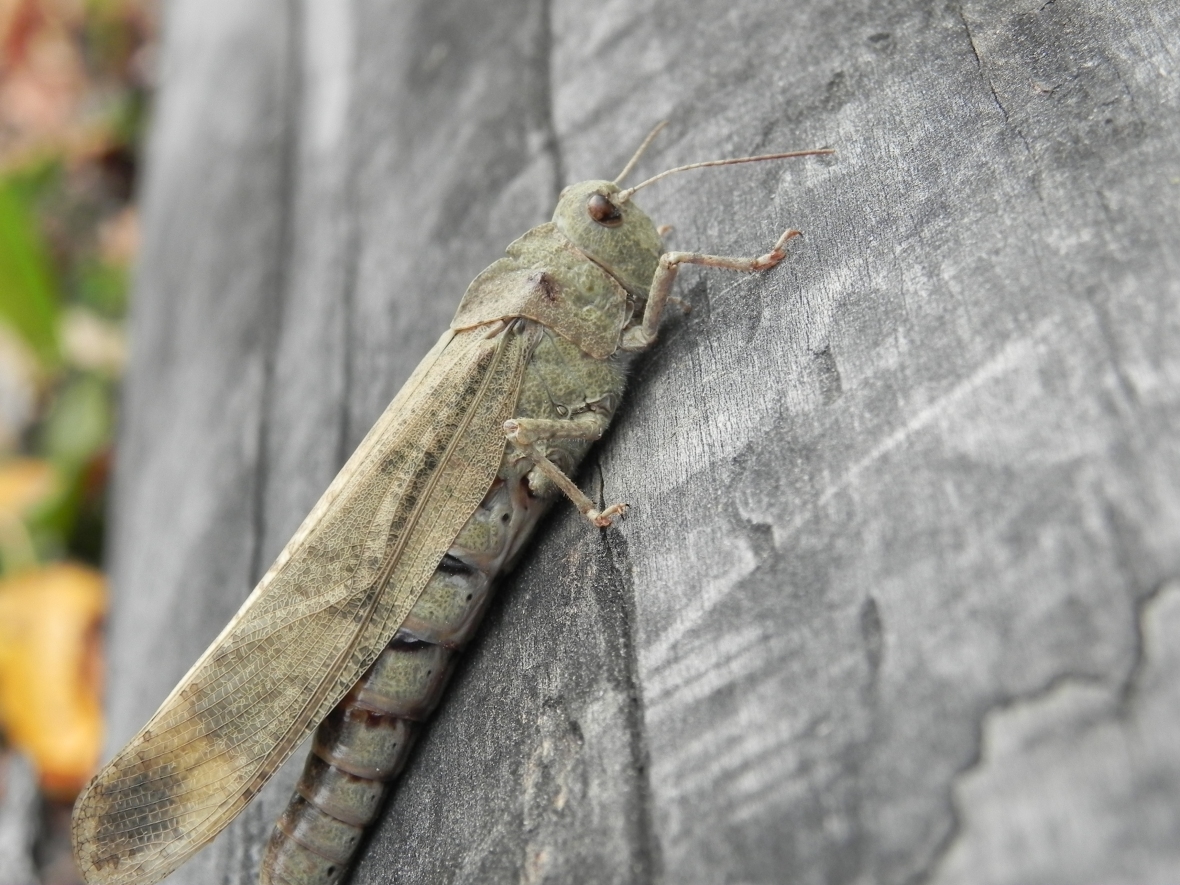 Incredible numbers of grasshoppers too. This is a female Carolina Grasshopper (Dissosteira carolina) that’s missing a leg on her left side – which I hadn’t actually initially noticed. The id comes courtesy of someone on the Alberta Bugs and Insects facebook page where I have been posting a lot of my favourite bug pictures. He also mentioned the holes on the side of her abdomen are for breathing, which is pretty neat.

Back to some ethical grey area with some fish skeletons washed up on the shores. I tend to be fascinated by animal’s skeletons as you don’t get to see them that often. These were also pretty thoroughly picked clean so the gore factor was minimized. (there were some that weren’t…)

I haven’t the slightest idea what kind of fish they were but I found their toothy jaws especially interesting.

These next two are from a different skeleton, further down the shore. 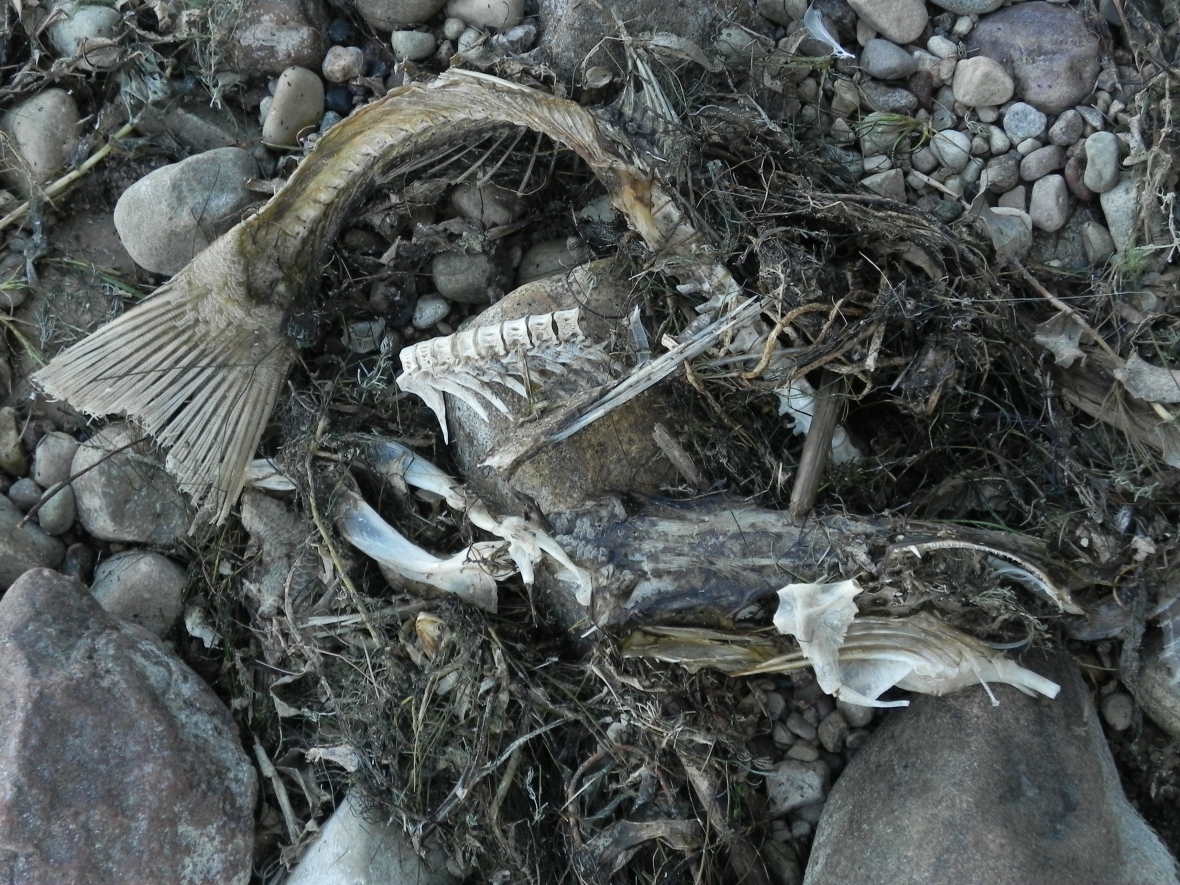 A cute snail shell washed up on the rocks. I guess I technically interfered here and flipped it this was instead of on it’s side but I don’t think that makes me too much of a fraud. 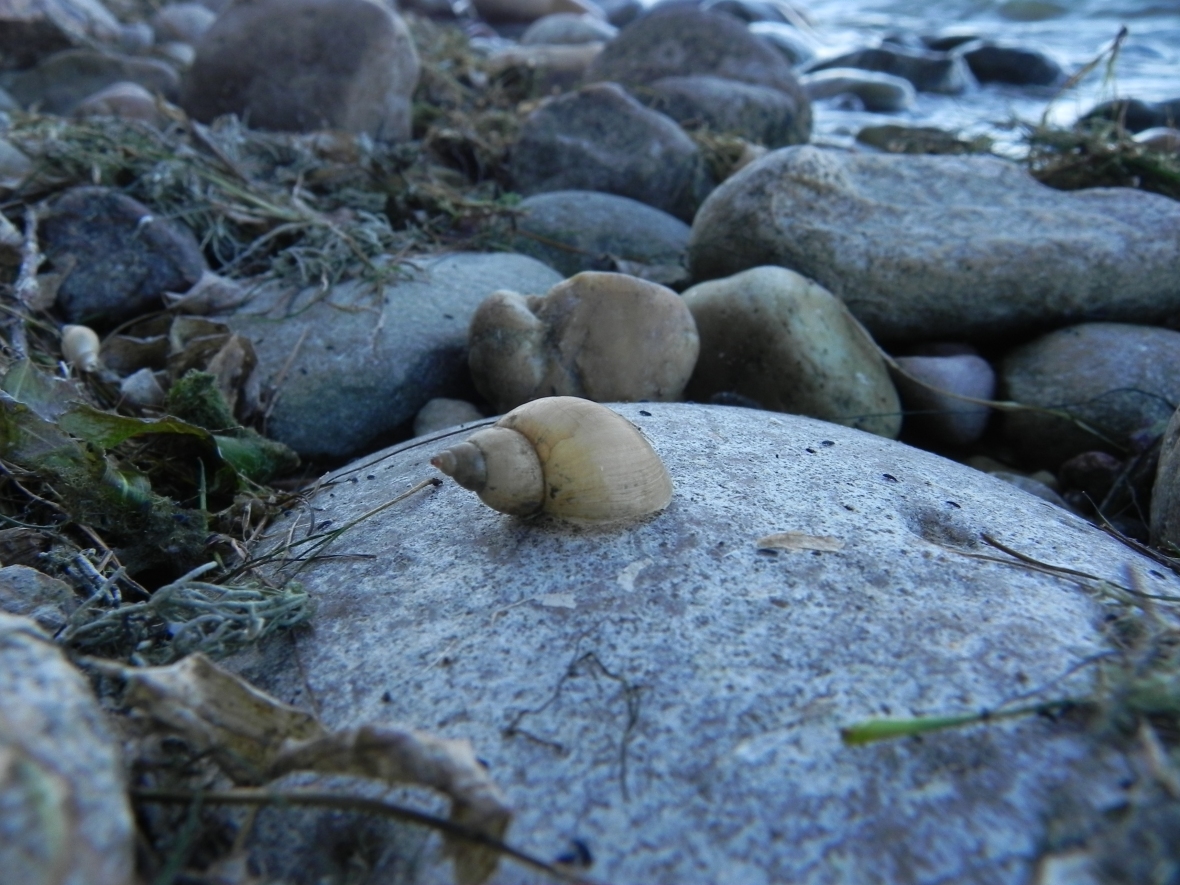 There was a rather large flat rock that I lifted up where I found some excellent slugs and this cocoon which i’m mostly sure is the cocoon of the Spotted Tussock Moth, judging by the colour and their surprising abundance.

There was also a beautiful moon that evening and a colourful sunset to go behind it.

You can see on this picture some of the rough surfaces of the left side of the moon! 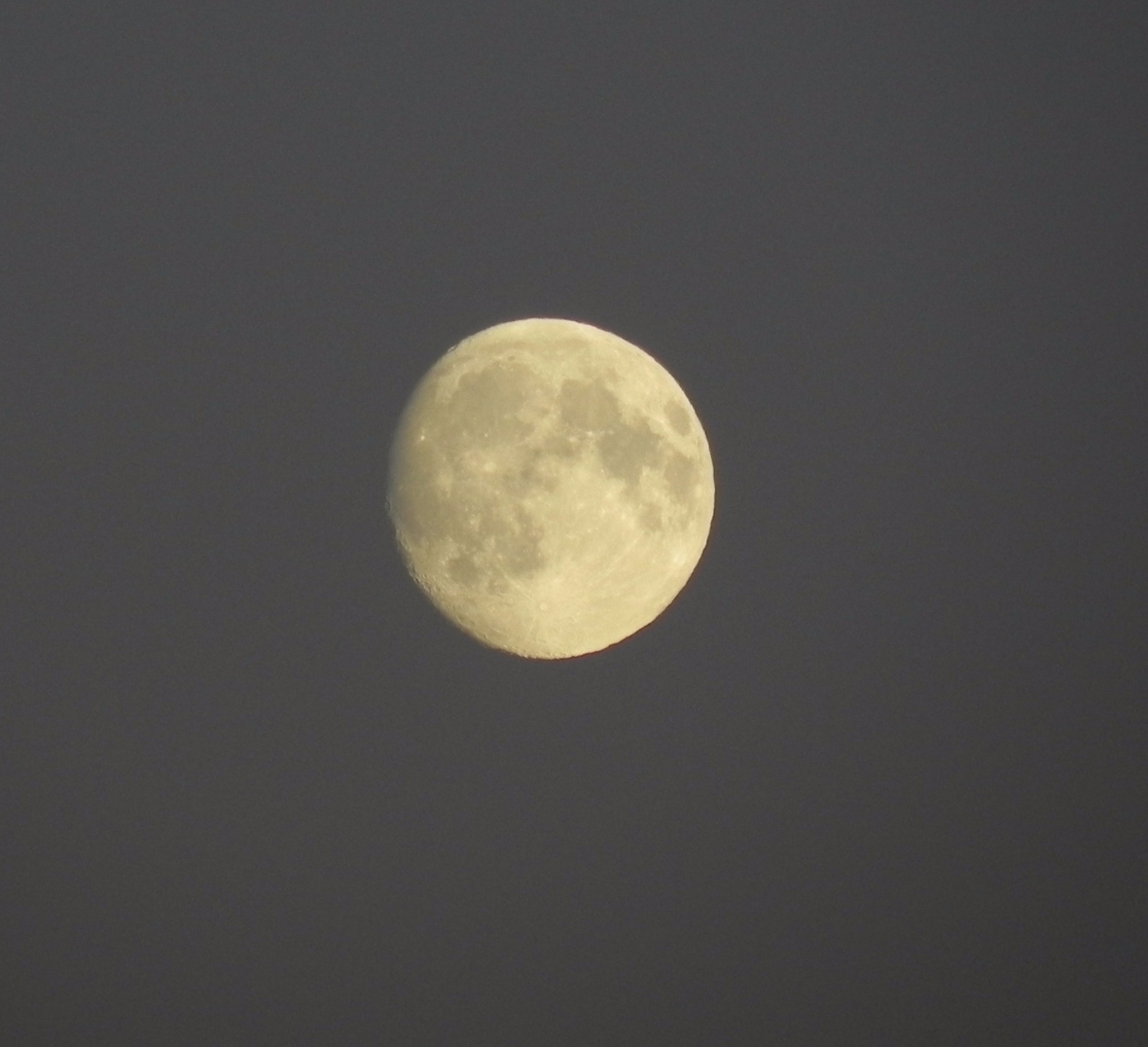 Then finally, the morning we were leaving, a ladybird.