If you’re sensitive to bugs chomping it up on other bugs then venture no further.

I had some spare time in my garden waiting for my friend to pick me up so I went to check out my deck in the hopes of getting some shots of the orb weavers that usually hang out there. There was success! There was also an unexpected reminder about the brutality of nature.

On the steps beside her nest landed a one of these things! My guess is the Sacken’s Bee Hunter (Laphria sackeni). It’s mainly the fly feet that make me think that since the photo quality isn’t quite good enough to see what’s going on with the head. They’re pretty nasty though and feed on honeybees.

Then moving just a foot to right I saw more insect on insect horror in the demise of a black and yellow longhorn beetle. It’s gnarly. 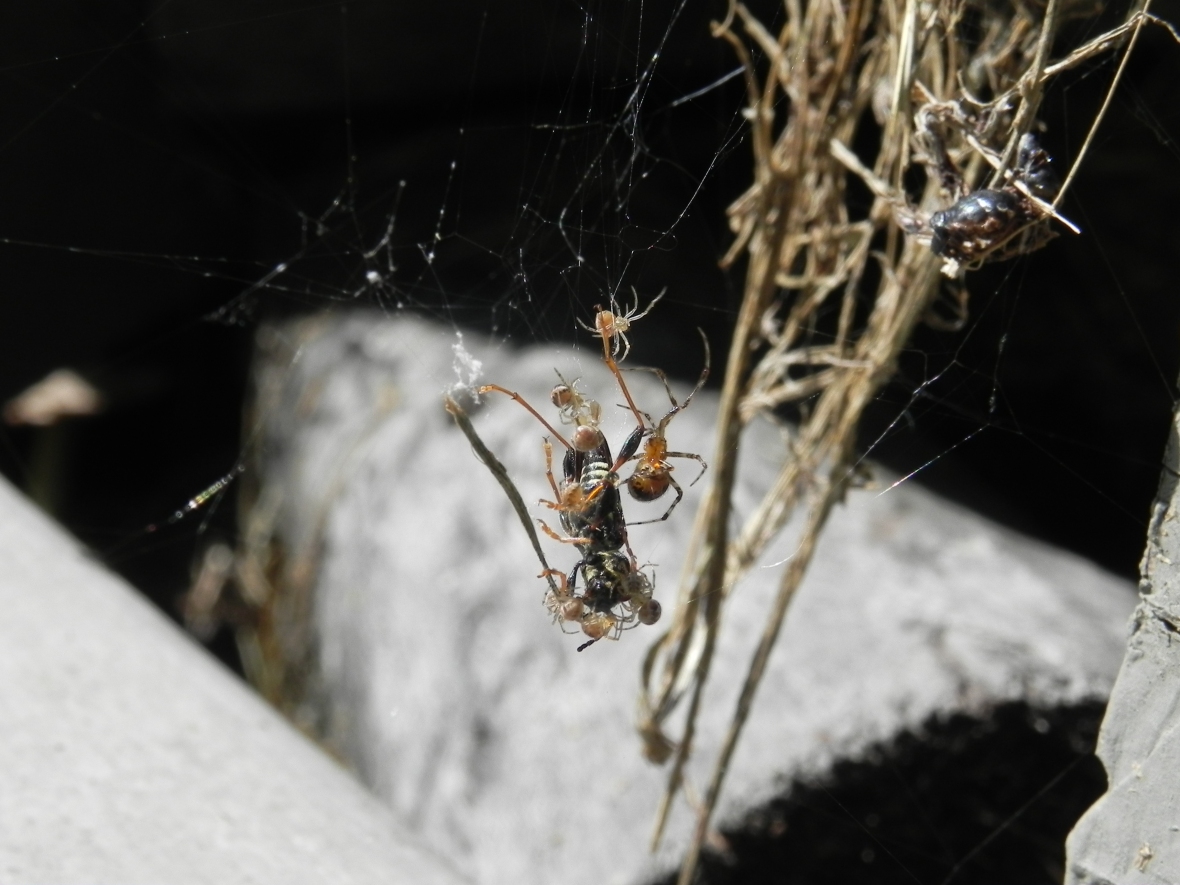 I came to a conclusion! I got stuck on the black and yellow markings and slender body but after taking a better photo (and googling ‘black and yellow insect’) I found the Black and Yellow Longhorn Beetle (Rutpela maculat). 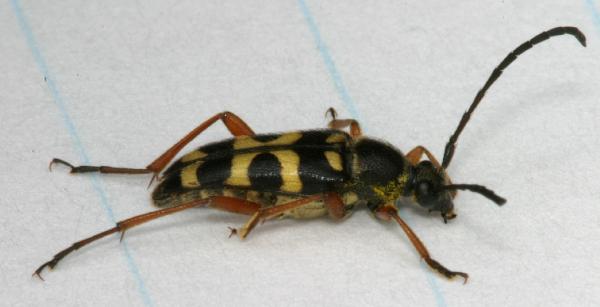 So yeah – in conclusion it’s hard to be a bug.

EDIT: I went out to take more pictures to try and better identify that black and yellow longhorn beetle. A day later, the orb spider is sleeping …

…and I found a waspy husk. But on the upside I found the only thing I can proficiently photograph – squirrels! I doubt it’s the same squirrel but I found this one on the same log pile as the first squirrel picture.

They tend to pose in pretty much the same way. 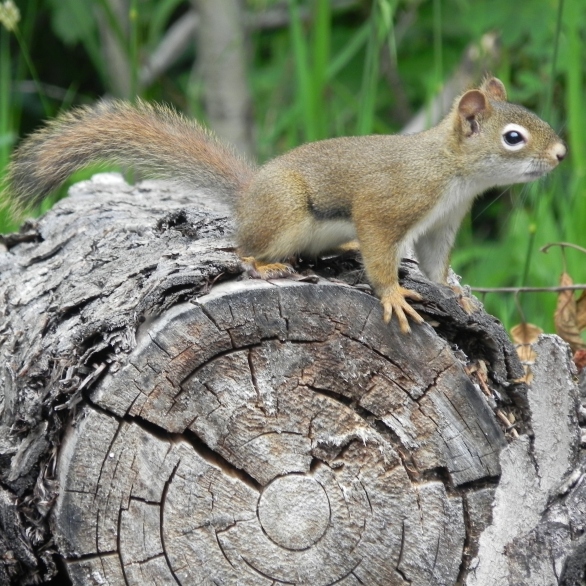 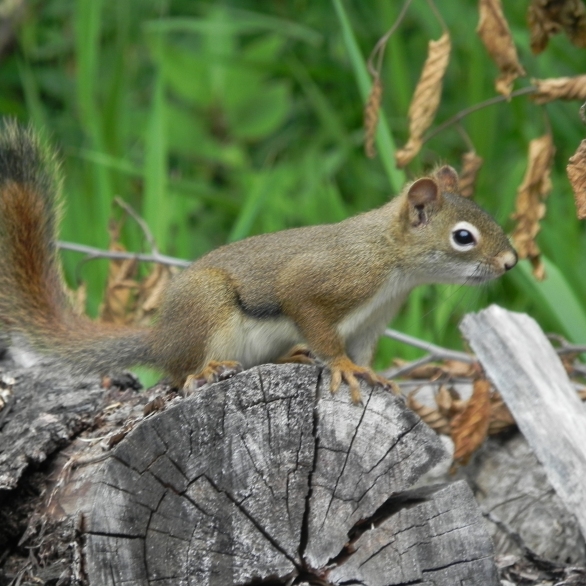 And then at the end he ran up a tree and chirped at me. Sorry little buddy. 😦

2 thoughts on “Being a bug is rough.”