I live close to a natural area that has a quick 30-45 minute hike. I went this afternoon when it was rainy and therefore relatively empty! Which makes taking pictures and diving into off-trail ponds a little less awkward.

A note; my camera phone combined with the weird lighting from a bright cloudy sky made focusing on things and getting okay lighting difficult. An actual camera is on the list. 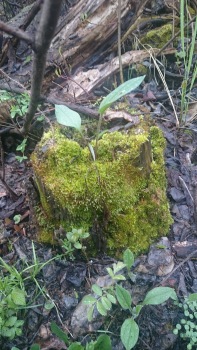 It’s barely the start of spring and so there was just as much dead stuff that’s come out from underneath all the snow as there is brand new life! I suspect that made it harder to find things too, especially insects – at least not without pulling up all the dead leaves.

One of the first things I found was a tiny (out of focus) ladybug nestled underneath the bark of a tree. The off-path path I found this on led me to some amazing looking plants that were sticking out of a pond. They were green and each end had what looked like a tiny ball of lettuce. 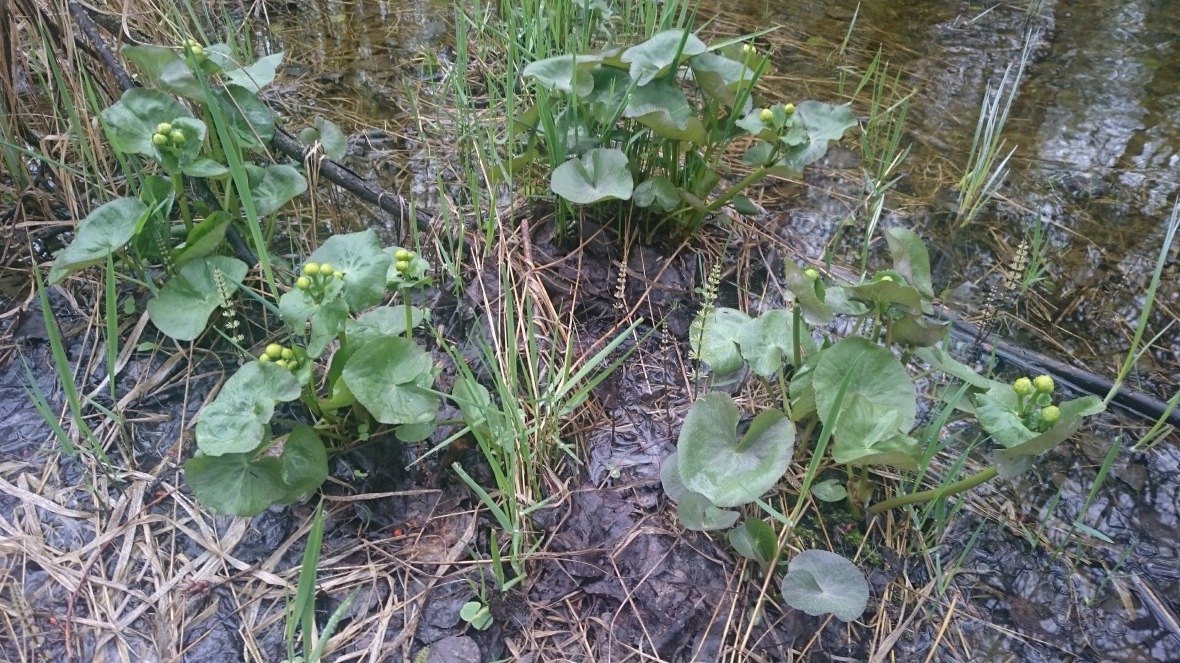 I haven’t done much research looking into what these are but when I get the time I’ll add it in here.

I ended up finding some more later on in a different pond and these had flowered. 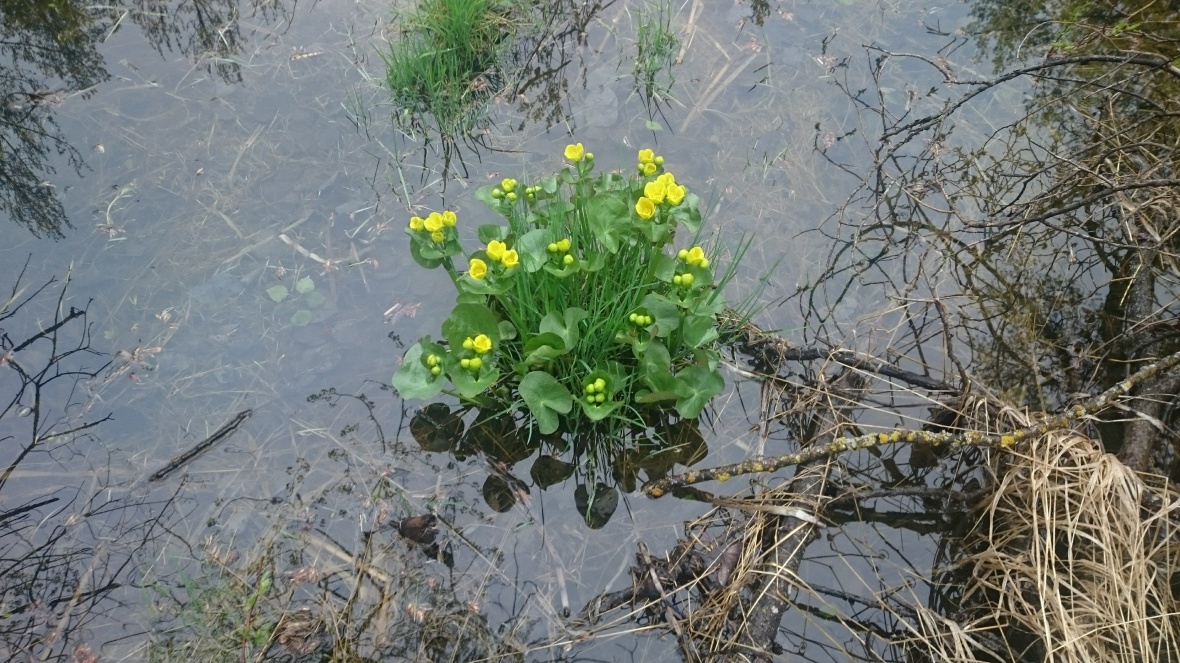 Further on I found a different (as yet unknown to me) pond plant, these were white. 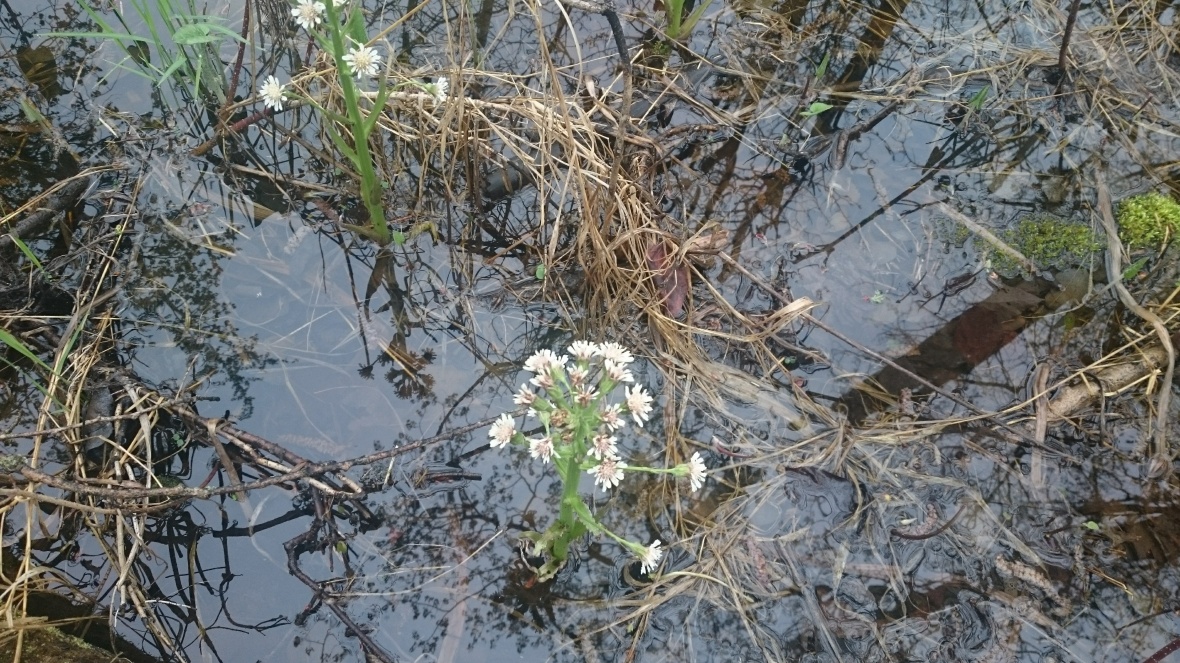 Even further along the trail I found what I think is my favourite part from this trip; a small cluster of what look like genus Gaestrum mushrooms – more commonly known as Earth stars. When they mature they open up like stars – hence the name. (Wikipedia) It would be awesome to find these later on in the summer and try to observe that. 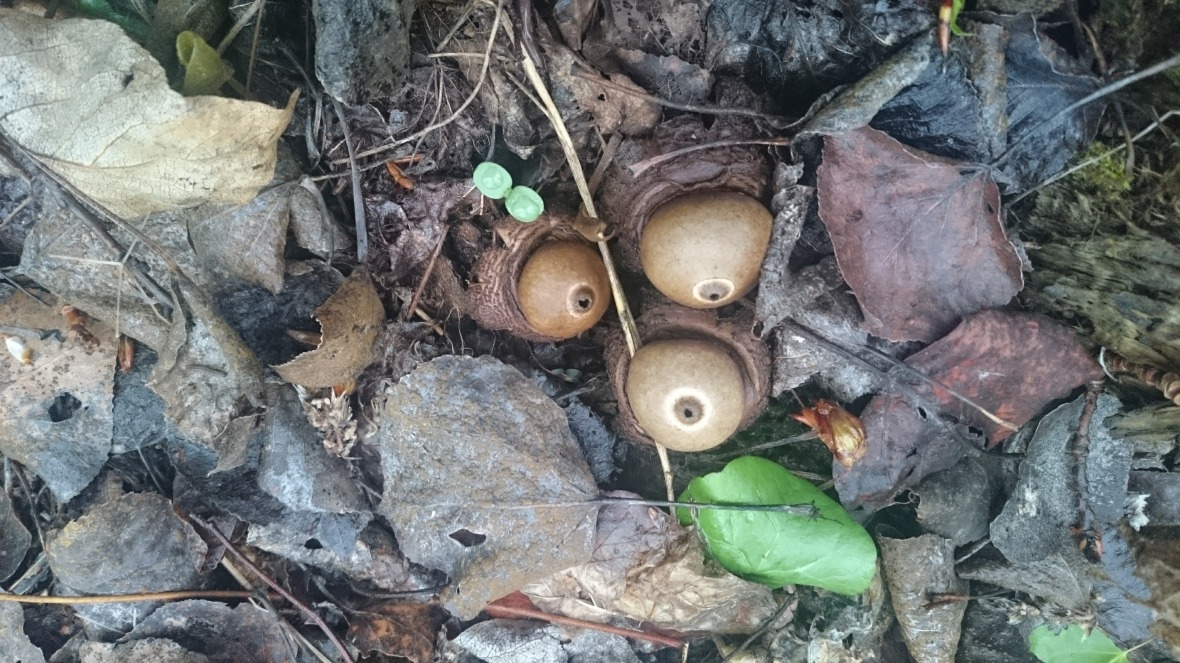 You can kind of see on the leftmost mushroom as well as the top one what looks like the arms that will presumably come up later. Neat.

The rest of the trail was uneventful, I visited and watched several ponds hoping to find frogs or salamanders but no luck. I did come across some ducks but I didn’t notice them until they noticed me and already had time to noisily flap away.

There’s a part of the trail that leads into a wooden lake lookout (it was very very muddy) and I got to listen to some beautiful bird sounds. I saw some ducks (male and female mallard, an american coot), Canada geese and what I think were red-wing black birds sat up on the reeds. (I am very scientific with these things obviously) I can’t upload audio but I will put the audio into a YouTube video and link it here. It’s a surprisingly melodious ensemble. Below is a view of the lake – (and the blurry barely visible blobs that were like 5 different types of waterfowl). 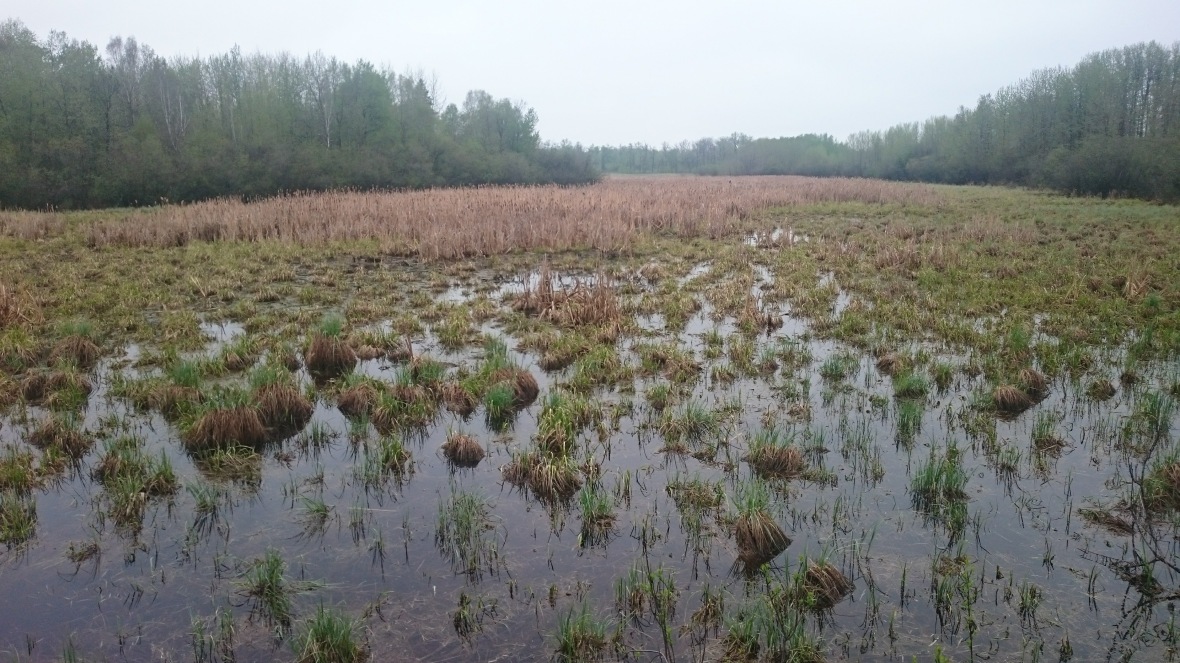 The end of the trail has a little coniferous ‘zone’ that I always love to hang out in but this year it was very wet so I couldn’t go as far as I would have liked to. About a year ago I found the most beautiful coyote ‘killing floor’ with a friend of mine in s coniferous forest so I was kind of looking out for that. I’ll have to go back there with a real camera. The pictures were phenomenal.

Oh and I saw a worm. The picture is over-exposed and overall poor. 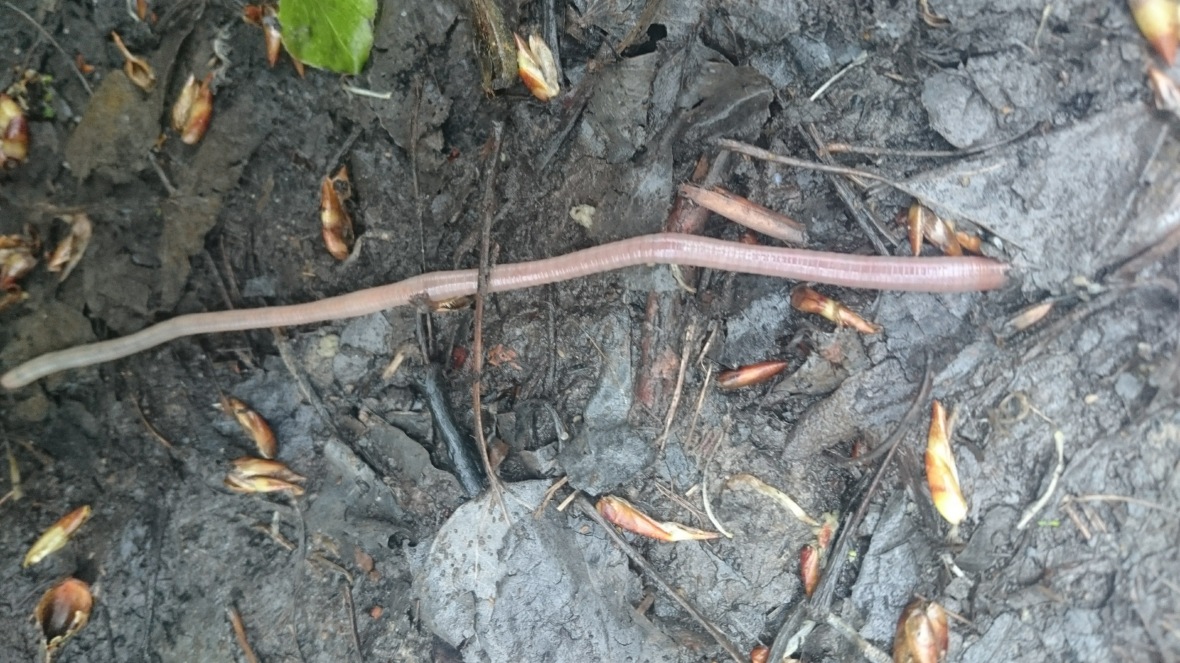