All of these Oregon posts from here on are written post-trip from back home in Canada. This might make the tenses all weird.

Day  2 in Oregon and every day is an animal day! In the morning I visited the Tualatin Wildlife Refuge! It’s got a Widlife Center with a great lookout over a marshy lake. The highlight was supposedly Canada Geese which I found underwhelming – I’ve seen those before. 🙂

The seasonal trail followed the river for quite a ways but it was exposed in the sun so we decided against it. The Year round trail was a series of study sights, two of them were little ponds. These were the ones I was most excited about. My primary goal this trip was to find salamanders, since I had spent a considerable amount of time hunting in Canada. My friend was exceedingly patient in – well in taking me to all of these places but also in waiting as I scoured every single patch of wet moss, creek and pond.

The first pond we visited had nothing – nothing I could see at least I’m sure there was something.  On our way to the second pond I came across some cool buddies!

There were lots of these funnel webs along the grasses. I had to get a close-up! 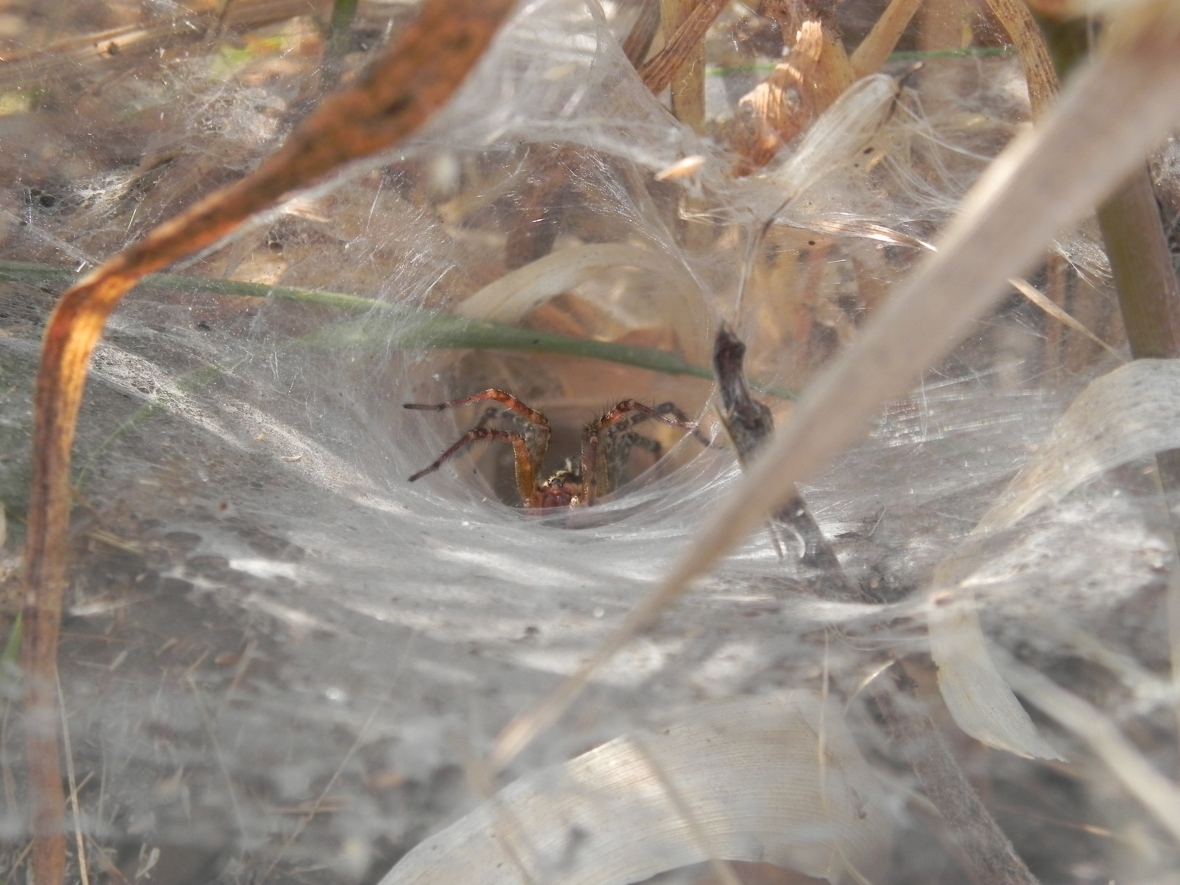 This snake also darted across my path and with lightning quick agility and speed I got this out-of-focus-but-still-discernibly-a-snake picture.

Eventually we came across the froggiest frog pond. If you like frogs by the way, I saw so many frogs on this trip and there will be so many pictures of frogs in posts to come.

I did take some videos but the frogs did not do anything so it was an unexciting video. We made a pit-stop this day to buy some real adventure pants because wearing my jeans mucking around in the frog pond made for very muddy jeans.

Afterwards we hit up the Tryon Creek area, again, in search of salamanders. There were so many little creeks we came upon and I was very optimistic but the sun was starting to set so we had to stop. On our way back to the trail head though we made an amazing discovery!

“That is the sluggiest slug to ever slug!” 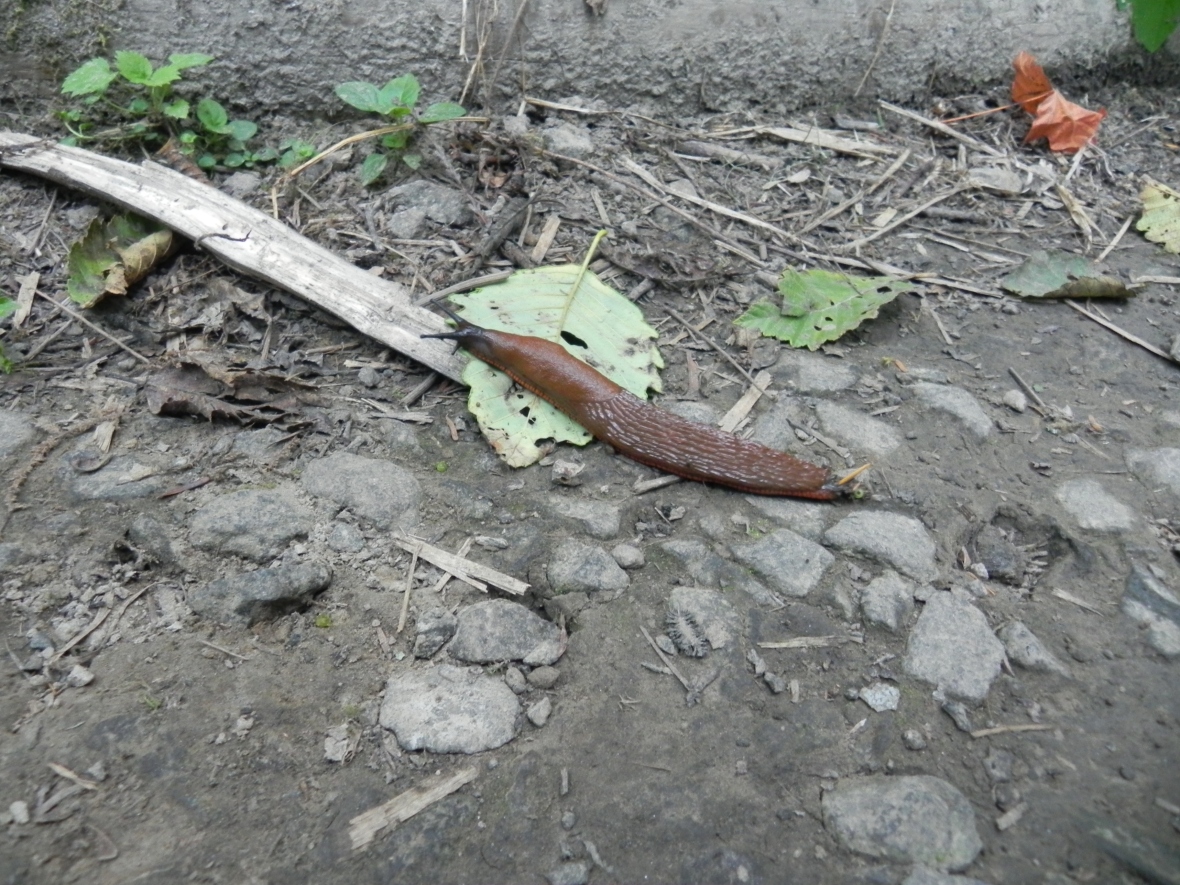 The little guy was motoring along the path such that none of my night shots were any good because of the long exposure needed to be able to see the thing. So I took lots of videos of the slug – slugging from one side of the frame to the other.

I regret not catching his pneumostome (breathing hole on the side of the mantle). I just kept taking videos from the wrong angle I guess!

So that’s all for Day 2, I’ll be queuing a new post for each day every day. 🙂 I’ll also be retroactively trying to keep on top of identifications and things and I’ll update as and when.